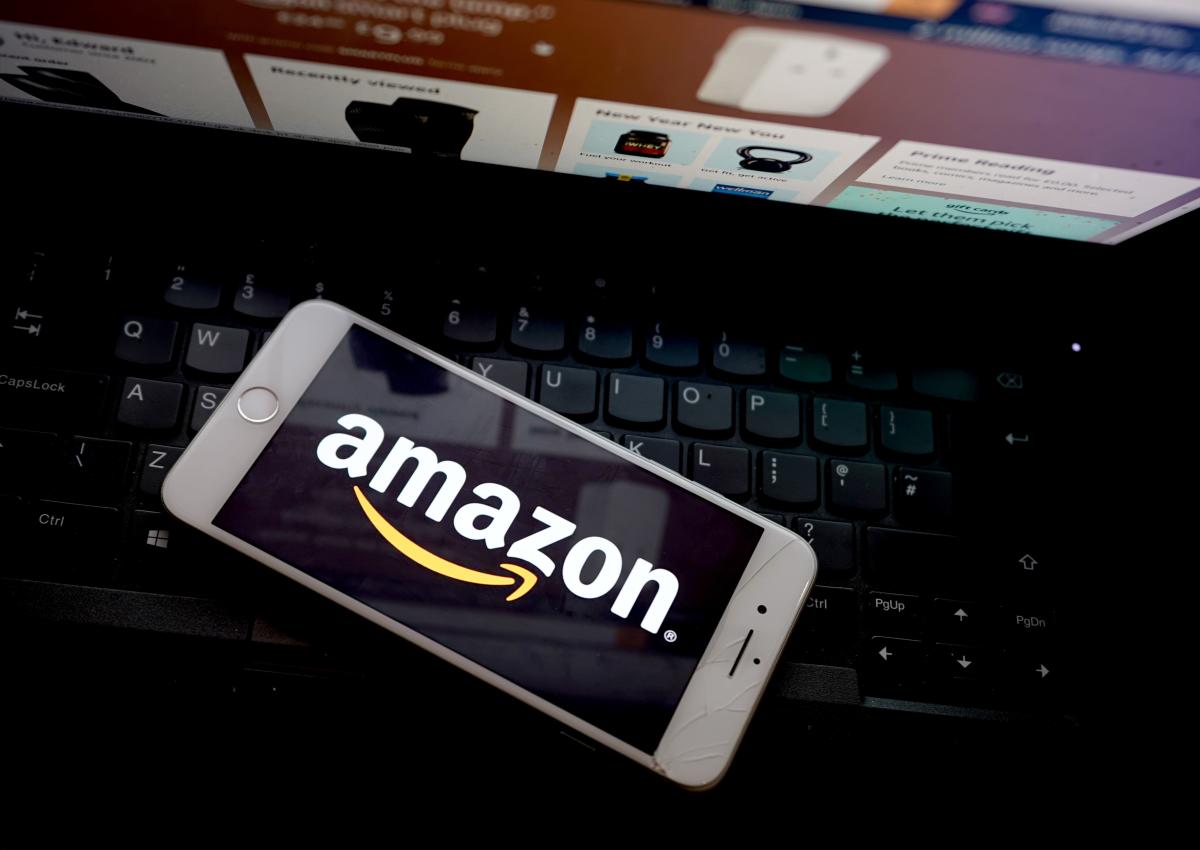 (Bloomberg Law) — Like a lot of 17-year-olds, Tyler Muhleman wasn’t keen on going out to dinner with his parents. They thought nothing of it when Tyler stayed back in the house.

Most Read from Bloomberg

When they returned two hours later with Tyler’s takeout, they called out for him. No answer. They found Tyler unconscious, his body blocking the door to his room. First his father, then paramedics, performed CPR. It was too late.

On Tyler’s desk was an open bottle of sodium nitrite, a chemical that in low concentrations is approved for use in food preservation. But this sodium nitrite was 98% pure. Tyler had ordered it online from Amazon.com Inc., through a vendor called HiMedia.

Courts have struggled with whether online marketplaces such as Amazon can be held liable for selling products, directly or through third parties, that can be dangerous but also have legitimate uses. But lawyers for Tyler’s parents and relatives of others who have died by suicide with sodium nitrite purchased from Amazon say their loved ones’ deaths take the liability question a step further because “pure” sodium nitrite can only be used to take one’s life.

“There’s nothing groundbreaking about our legal theory that protecting consumers from companies who engage in selling products that they know will kill people is important,” said Naomi Leeds, an attorney for C.A. Goldberg PLLC, a law firm that has brought two lawsuits against Amazon. “And if there is a precedent that hasn’t been set yet, then it needs to be.”

Sodium nitrite poisoning was virtually unheard of five years ago but, while still rare, has been increasing. There have been 56 cases of human exposure to the chemical reported to poison centers this year through the end of October, 25 of them intentional self-harm, according to the American Association of Poison Control Centers.

Amazon, in response to questions from Bloomberg Law, said it has now limited the sale of “pure” sodium nitrite to buyers on its Amazon Business marketplace. Products with sodium nitrite as an additive, such as curing salts, with concentrations of below 10% will still be available to all customers. A spokesperson said in an email that the company extended its deepest condolences to the families and loved ones affected by suicide.

There have been mixed outcomes in liability cases against online marketplaces involving products ranging from hoverboards to laptop batteries to coffeemakers. State law determines liability, often focusing on terms like “seller” or “distributor” that courts must interpret.

Ohio’s top court ruled in 2020 that Amazon couldn’t be held liable for a teenager’s death from caffeine powder sold on its online marketplace because it didn’t exert enough control over the product to be a “supplier” under state law. And in 2021, the Texas Supreme Court saw no potential liability for a toddler’s battery-ingestion injury blamed on an allegedly defective remote control, even though Amazon allegedly stored and shipped the item.

But two California appeals courts have ruled that Amazon could be held liable to customers injured by defective products. In the first case, where a third-party seller used the “Fulfillment by Amazon” service, a woman who alleged harm from a defective laptop battery was allowed to proceed with her case in 2020. In the second case, the California Court of Appeal said in 2021 that Amazon’s actions were “consistent with a retailer or a distributor of consumer goods,” even without providing fulfillment services for an allegedly defective hoverboard.

Amazon has won some cases elsewhere and settled others, sometimes after adverse rulings.

“Amazon’s position in these litigations is that unless it’s an Amazon branded product, it never actually owns the product and never has title to the product. So all it’s doing is acting as an intermediary between the seller and buyer,” said Mark Geistfeld, a New York University law professor. “They’ve been successful in some suits, they have lost other suits.”

The lawsuit filed in Washington State by Muhleman’s parents and Ruth Scott, whose 27-year-old son Mikael Scott killed himself in December 2020, says that HiMedia was a first-party vendor and Amazon owned the inventory wholesale. “It was solely responsible for product marketing, delivery, returns, and customer service,” according to a court filing.

A second lawsuit deals with sodium nitrite sold on the Amazon website by Loudwolf, a third-party seller. Loudwolf didn’t respond to calls and emails seeking comment. HiMedia also didn’t respond to a request for comment.

Carrie Goldberg, of C.A. Goldberg, said both cases accuse Amazon of negligence for knowingly selling suicide products, letting children set up accounts, and recommending other products such as a suicide handbook and a pill to prevent vomiting to help with suicide.

Goldberg said the distinction between first and third parties involves defective products like hoverboards that overheat or lithium batteries that explode. “Here the sodium nitrite was being used how Amazon ultimately knew it would be – for suicide,” Goldberg said.

Amazon says that “pure” sodium nitrite isn’t intended for direct consumption. “Unfortunately, like many products, it can be misused,” the spokesperson said.

“The idea that it may be used by kids, almost anything may be used by kids. I’m hard pressed to find a classical answer under tort law,” said Aaron Twerski, a professor at Brooklyn Law School. “The number of things that teenagers can use to kill themselves are almost limitless.”

“Now if the product had no legitimate use, that would be one thing,” he said.

An entity can still be responsible for raising the risk of suicide, Geistfeld said.

He gave the example of a landlord of a rental building that doesn’t have a lock on the front door, security cameras, or guards. Although a robbery or assault could happen anywhere, including at a building with security features, the lack of these features raise the risk of these events happening, he said.

There would be national outrage if a brick-and-mortar store sold sodium nitrite along with a pill to prevent vomiting and a suicide manual, and allowed a minor to buy the products, Geistfeld said. “One interesting puzzle is why should it be any different that this is happening on Amazon online as opposed to in a brick-and-mortar store,” he said.

Increasing number of suicides can be a factor in these lawsuits as they play out, said Robert Rabin, a professor at Stanford Law School who is an expert on tort law.

“It means that Amazon had even more knowledge of the risks associated with the product that’s coming through their marketplace, those risks coming to fruition, and indeed, involving minors,” Rabin said.

Seven members of Congress sent a letter in January to Andy Jassy, the president and CEO of Amazon, asking 15 questions including the number of sodium nitrite units it sold from 2016 to the beginning of 2022 and whether Amazon had taken down any reviews from the product pages.

“When a person is having suicidal thoughts, limiting fast access to methods by which to die can make the difference between life and death,” the letter signed by Reps. Lori Trahan (D-Mass.), Jamie Raskin (D-Md.) and David McKinley (R-W.Va.) among others, said. The lawsuits allege that the company removed one-star reviews that mentioned how deadly the product was and its use for suicide.

Amazon’s reply didn’t answer most of the questions directly. “When customers report a death or hospitalization that may be associated with a product, our systems flag the incident and we immediately investigate. We evaluate any serious injury or death, regardless of the potential cause, and take appropriate action. We continue to reevaluate our incident detection tools to ensure they are accurate,” Brian Huseman, the company’s vice president of public policy, wrote.

Trahan said Amazon’s initial response was unacceptable. “This product, in high concentrations, has virtually no purpose for individual consumers, and its sale should have been limited a long time ago,” she said in an email. “I’m glad that the company has finally reversed course, but I’m devastated for the families who lost a child or loved one in the time it took for them to acknowledge the danger of this product after we sounded the alarm.”

Goldberg said that eBay stopped selling sodium nitrite in 2019 after it found out about its potential use for suicide.

“Amazon is the most accessible one-stop shop for people. And children who don’t have a source of income have Amazon gift-cards and can pay for things they get,” Goldberg said. “We have clients whose 15 or 16-year old died from purchasing sodium nitrite using a gift-card they got for their birthday from grandma.”

If you or someone you know needs help, call the National Suicide Prevention Lifeline at 988. You can also reach a crisis counselor by messaging the Crisis Text Line at 741741.

With assistance from Martina Barash

To contact the reporter on this story: Kaustuv Basu in Washington at kbasu@bloombergtax.com

To contact the editor responsible for this story: Bernie Kohn at bkohn@bloomberglaw.com

Most Read from Bloomberg Businessweek

How to recycle your old electronics into Amazon gift cards – ZDNet