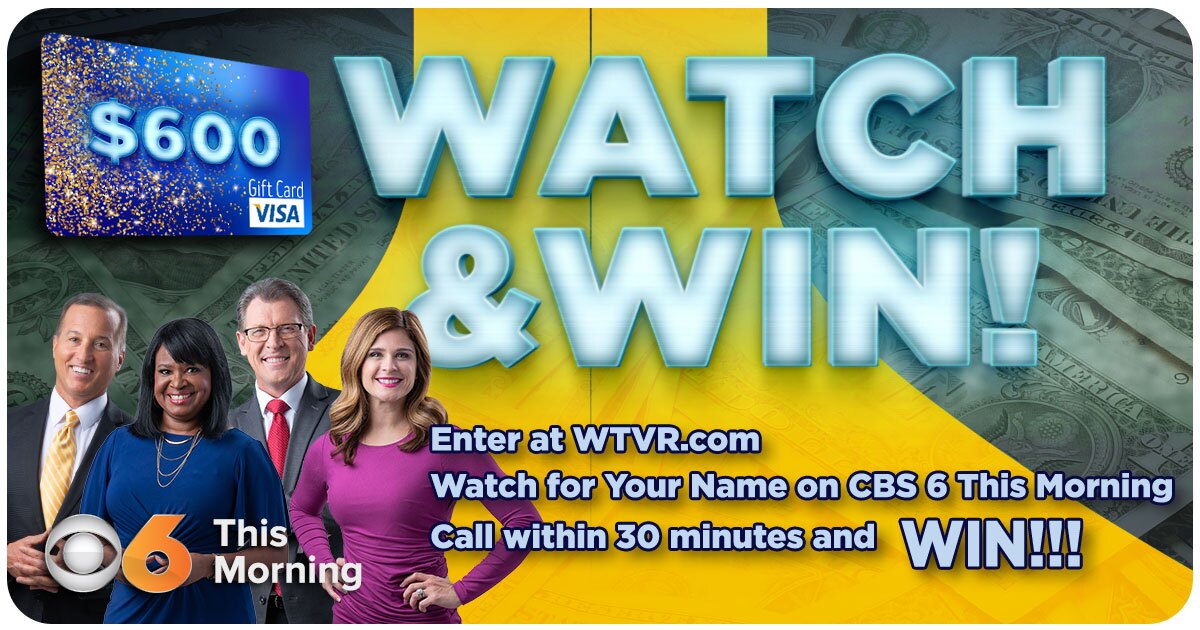 We’re gave viewers the chance to score $600 Visa gift cards from CBS 6 over the past several weeks. Thanks to all who entered and then watched CBS 6 News This Morning at 6:30 a.m. with Rob and Reba to see we called your name. Congrats to our winners.

May 2 — Winner did not call in, so Tuesday’s prize was $1200!
May 3 — Tammy Crawley-Morris from Henrico
May 4 — Lois Caleb from Richmond
May 5 — Phyllis McNew Smith from Prince George
May 6 — Gwendolyn Mills from Richmond

Per Facebook rules, we must mention this is in no way sponsored, administered, or associated with Facebook, Inc. By entering, entrants confirm they are 18+ years of age and reside in the Richmond/Petersburg Designated Market Area (“DMA”) as defined by The Nielsen Company.

Walmart has incredible deals on Bose, Apple and Levoit—shop the … – USA TODAY